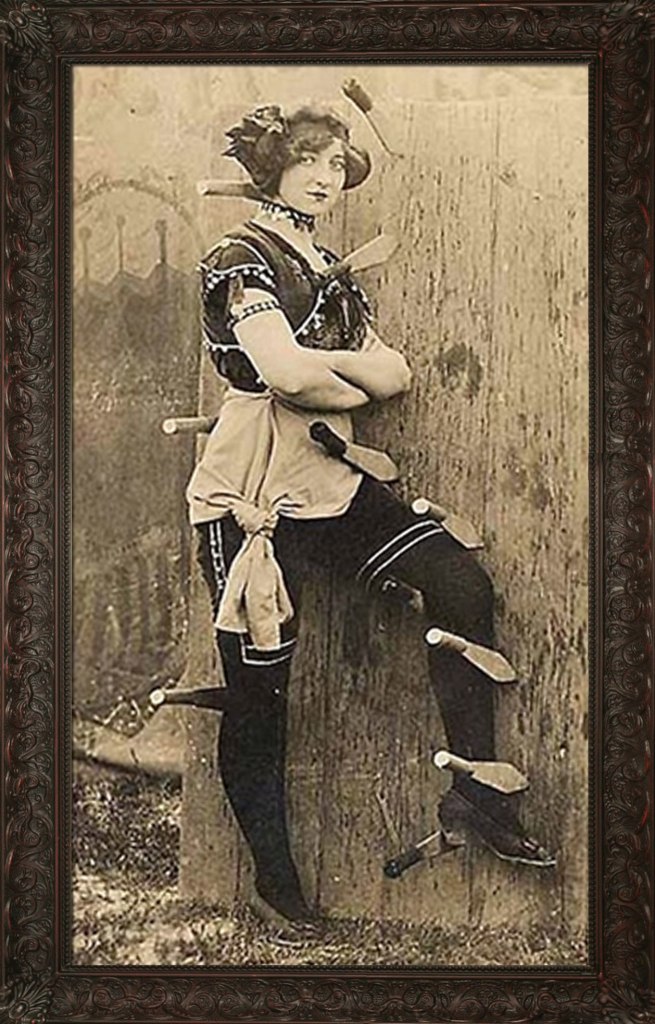 While the history of carnival celebrations can be traced across the globe over many centuries, the modern-day carnival concept was truly a 19th century invention, originating at the 1893 Chicago World’s Fair. Shortly thereafter, carnival companies began touring the nation, performing at county fairs and civic events. They lured in the crowds with their tantalizing advertisements for a variety show of wild animals, “freaks,” minstrel acts, magic tricks, thrilling acrobatic feats, and a curated collection of exotic curiosities.

But sideshows had already been popular for half a century or more before they were organized beneath the carnival big top. Queen Victoria herself is said to have been a sideshow enthusiast, receiving the famous dwarf, “General Tom Thumb,” into her royal company on two occasions. As the Industrial Revolution gained momentum and people found themselves working longer hours in stressful conditions, sideshow entertainments exploded as a popular form of distraction from the daily grind. And in a time of great globalization and scientific innovation, these shows fed off of the public’s expanding curiosity about medical oddities and foreign peoples and places. Carnivals enticed the public imagination, bestowing what was generally a difficult and monotonous life with an air of mystery and grandeur.

Nowadays the carnival has become a kind of fantastic blend between circus and fair. Late summer elicits memories of the fairgrounds: snowcones, funnel cakes, Ferris wheels, carousels, face painting, a menagerie of barnyard animals. Even now it amazes me how that empty lot is transformed annually into a child’s wonderland.

Wishing you a summer’s end filled with the spectacular!