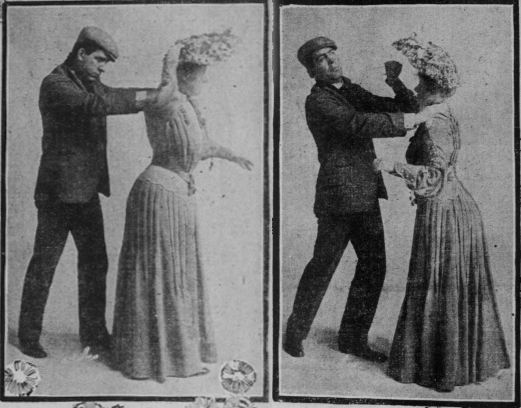 Hats have long served as dual-purpose accessories: both fashionable and functional. But come to find out, hatpins have a colorful history all their own.

Few would regard such ornamental accoutrements that pierced lavish bonnets as a liability. But scouring through past events, it was obvious that Gibson Girls everywhere were armed and dangerous. I recall a particular antique auction years ago when a gentleman ceremoniously extracted a Victorian hatpin from his jeweler’s case. The heirloom was encrusted with diamonds, emeralds, sapphires and cast in the form of a sword with a filigree sheath. He shared with me the theory that this sacred artifact was utilized as a self-defense weapon.

The intrigue of this practice prompted me to delve deeper into the subject. It appears that the suffragette movement denounced the Victorian fashion trend of ribbons tied under the chin as naive and submissive. Edwardian women opted for a more practical approach to securing their magnificent headpieces against an unannounced gust.

A controversial event that occurred in 1908 launched bans on the sharp jewelry. It was recorded that an insecure English judge demanded that women on trial remove their hats in fear of weapons in his courtroom. Soon thereafter, it was mandated that any woman piercing her bonnet with a hatpin required a license should her pin extend 9″. Many ladies were forced to have their pins cut down in order to sport them in public, frequently wearing them as “stick pins” upon their bodices.

The above photograph was published in the San Francisco Sunday Call newspaper in 1904, accompanying an article featuring hatpins as a lady’s weapon of choice. And so yet again, the Victorians delight us with their creativity and resourcefulness. Perhaps you’ll opt for pepper spray instead, but for my fellow hat enthusiasts, rest assured that your hatpin is at the ready!